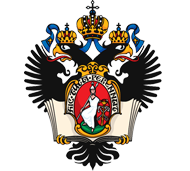 The European Union is Russia's closest geopolitical formation, a real quasi-state that has been developing for over 60 years. Long before the formation of the modern borders of the union, the peoples of Europe and their political leaders realized the potential of economic and political unification, gradually experimenting from small allied forms through the period of the communities of the six states towards a modern almost universal integration unity.

The Eurasian Economic Union is a young entity. It arose in 2014 on the basis of the previously created customs union and common market, but taking into account the experience of integration projects in the post-Soviet space. The EAEU is developing intensively, including new members, expanding the areas of cooperation, tightening the interaction between its members. It also actively uses the experience of the European Union in these processes.

The EAEU has long sought to establish official relations and strengthen the dialogue with the EU, but for various reasons this has not happened yet. Here, the geopolitical rivalry between Moscow and Brussels, and the difficulties of mutual perception, and the fact that not all the members of the EAEU are full-fledged members of the WTO are affected. At the same time, Moscow's official position is that all negotiations on economic relations with the EU and their deepening should go along the line of the EU-EAEU.